When we talk about leadership, vulnerability seems to be one of the traits we talk least. Does every leader has to be seen as tough, fearless, and has no misery or sadness?

I don’t think so.

With startup businesses growing, thriving, and shutting down each minute by now, the need for leaders has never been more urgent. Today’s organizations are constantly looking for the next generation of leaders who are obsessed with the potential growth of the business and show a willingness to bleed to build the next big thing.

If in the past people have to wait until at least 5 to 10 years to get into leadership roles, now they can get it with a year of experience. Well, as long as these person has shown what “so-called” potential and good performance. Yet, what most don’t recognize (or talk about) is the burden that comes with it.

Running a team is hard when your company has no formal training for their first-time people’s managers. Indeed, being the face of the company is an intimidating role and can take a toll, yet it doesn’t mean you have to put your vulnerability last.

People often say growth often trumps all. However, when you put your ego first and then hide your vulnerability, it can cause more harm than good in the long-run.

Vulnerability is not a sign of weakness, and in fact, it could be one of your keys to winning people’s hearts.

It’s All About Influencing, not Supervising

When people do talk about leadership, they often describe it merely as a supervisory role. It may sound counterintuitive, yet everyone can be a supervisor, regardless of their level of experience. Yet, being a leader requires another level of technical proficiency in their role because it leads to credibility and competencies. People trust people they respect.

What if your skills and leadership capability isn’t there yet but your organizations need you to be a manager? I’d say take the leap of faith and exercise on the art of influence.

Ray Dalio in his book Principles once said that one of the keys to success is to “seek out the smartest people who disagreed with [you] and try to understand their reasoning”. Your subordinates or colleagues may or may not be smarter than you, but having someone who disagrees with you is as much as important as having someone who respects and say yes to each of your decision.

Why? Because no matter how experienced and smart you are — you could still be wrong. By seeing things from another perspective, understand their reasoning, and being open-minded about it, you could solve things in a way that has never been imagined before. This way you could also teach others to understand your reasoning and decision-making process effectively and subtly. To empower & influence others, you first have to embrace vulnerability — to put yourself out there and be open to any possibilities including admitting that you can go wrong.

If you want someone to follow you, then you have to listen first.

Leading in a Volatile and Survival Mode

Truth be known that we’re in an era of VUCA. VUCA is an acronym used by the American Military and it stands for Volatile, Uncertain, Complex, and Ambiguous. Yes, we’re now in an era that is constantly changing and where things can unfold in the most unexpected ways. This also means that we may encounter failures more than ever, yet admitting that you could fail or wrong and incompetent in certain areas is much better than claiming you know it all.

Research professor Brene Brown in her TED Talks said, “We live in a vulnerable world. And [yet] one of the ways we deal with it is we numb vulnerability”. Indeed, embracing vulnerability takes guts. Yet if you let your ‘know-it-all’ attitude gets in your way, it won’t work.

When others look up to you, it’s easy to think that you have to look tough and knowledgeable to maintain respect. However, people who are open to admitting their own mistakes may gain more respect and empathy from others. If you’ve changed your mind and suddenly agree with your team’s idea, then confess so. Why? Because it shows that you’re human, too. You learn every day. And you’re willing to work together and improve to make things better.

Communicate with Honesty and Clarity

At its core, your leadership relies heavily on your communications. However volatile, you have to learn how to be adaptable and communicate enough. Don’t keep everything to yourself when it comes to sharing feedback and be humble to see your mistakes. Tell it like it is.

If you can’t answer something or have no idea how to solve a problem, don’t pretend like you have all the solutions. You can learn to say, “I’m not sure if I know the answer to these issues/problem, but I listen to you and let’s find a way to solve this”. Keep your word.

Try your best to be honest and authentic in this vulnerable world will eventually breed a healthy work environment. A kind of environment we all want to live in, don’t you agree?

Extroverts Guide: How to Avoid Burnout While Working from Home

Why Defining Success For Yourself Matters 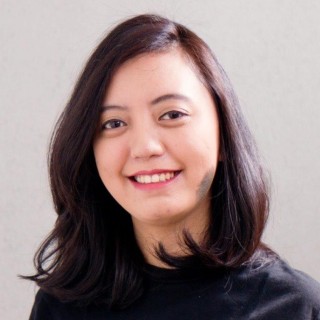 I’m Intan, a full-time talent hunter (a.k.a. recruitment consultant), copywriter and avid reader based in Jakarta, Indonesia. I’m dedicated in empowering individuals to develop their own career trajectory and its growth. When I’m not writing or busy finding great talent for my clients, I spend most of my time reading books, watching Netflix or taking a good nap. Email tips, feedback and ideas to intanruziana@gmail.com.

Stay in the know!